Bosa Centre director, Doreen Manuel honoured for her leadership and support of women in film

It’s been a stellar year for Doreen Manuel, director of the Bosa Centre for Film and Animation at Capilano University. 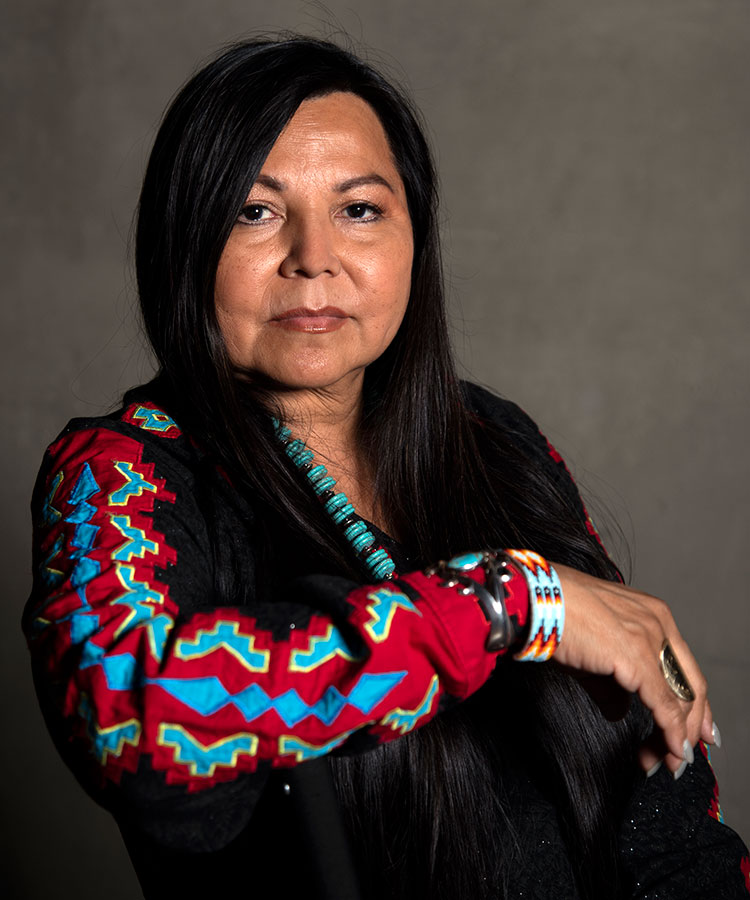 The Secwepemc/Ktunaxa First Nations filmmaker received the Woman of the Year Award at the Spotlight Awards for Women in Film and Television Vancouver on July 2, followed by the Chief Joe Mathias Leadership Award from Native Education College on July 5.

Women in Film called Manuel “an inspiring leader and artist who has affected many with her films and mentorship.”

The first Indigenous woman to head a major academic filmmaking training institution in Canada, Manuel was also nominated for a 2019 YWCA Women of Distinction Award in the Education and Training category earlier this year.

Manuel comes from a long line of Indigenous oral historians and factual storytellers, and is the sixth daughter of Grand Chief Dr. George Manuel and Marceline Manuel.

A graduate of Capilano University’s Aboriginal Film and Television diploma program (now called the Indigenous Independent Digital Filmmaking Diploma), she later led the IIDF program for 13 years. Under her supervision, 239 Indigenous students graduated from the program, 112 of them women.

Manuel has an extensive background working in Indigenous education and community development in both rural and urban areas, and has experience directing for television and as the Canadian correspondent for the Native Heartbeat and Northwest Indian News, both Native American TV news magazine programs.

She helped shape the development of the Indigenous edition of the Telus Storyhive Filmmaking program and is the creator and leader of Women in Film and Television Vancouver’s innovative feature film writing program, Tricksters and Writers, for Indigenous women. She is currently the principal owner of Running Wolf Productions.